FIRST BLOG, FIRST UPDATE
Yes, I made a first update. As you can see, we now have some register-stuff embedded. You can read the lyrics of the songs from the player and you can look in our buddies-list, if you're on it. There is no room for comments there, so you can't make your unmut luft or shed some tears in it.This thing is very flexible, I can put anyone on the list I forgot. Contact us somehow.
Then we have something pretty cool. Our discography. There you can see two very old records.I'm thinking about, If I should put the songs online, but I heard, that the Internet does never forget. And if this is true, then it's quite possible, that the internet never forgives and I'm not pretty sure by now, if the internet would take serious damage, when I'm putting songs like "Hollow Hardcore" or "Strving For Disagreement" in it. By the way, Strike Point is nearly the same age as the internet, I wrote it, when I was 15 years old. You must be satisfied with the pictures for first. Maybe I'll put some songs online.
Last but not least, there's one thing you probably miss and that's the photo section. Something went wrong with flickr, I'll have to deal with this problem in the next days.

I wrote some difficult lyrics for our new song. The name of it will probably be boon and bane. It's a fast melodic BAU hardcore song with nice half-time action at the end. There will be heavy singalongs about living in between boon and bane and being a pighead.
Eingestellt von BAUHQ um 17:27 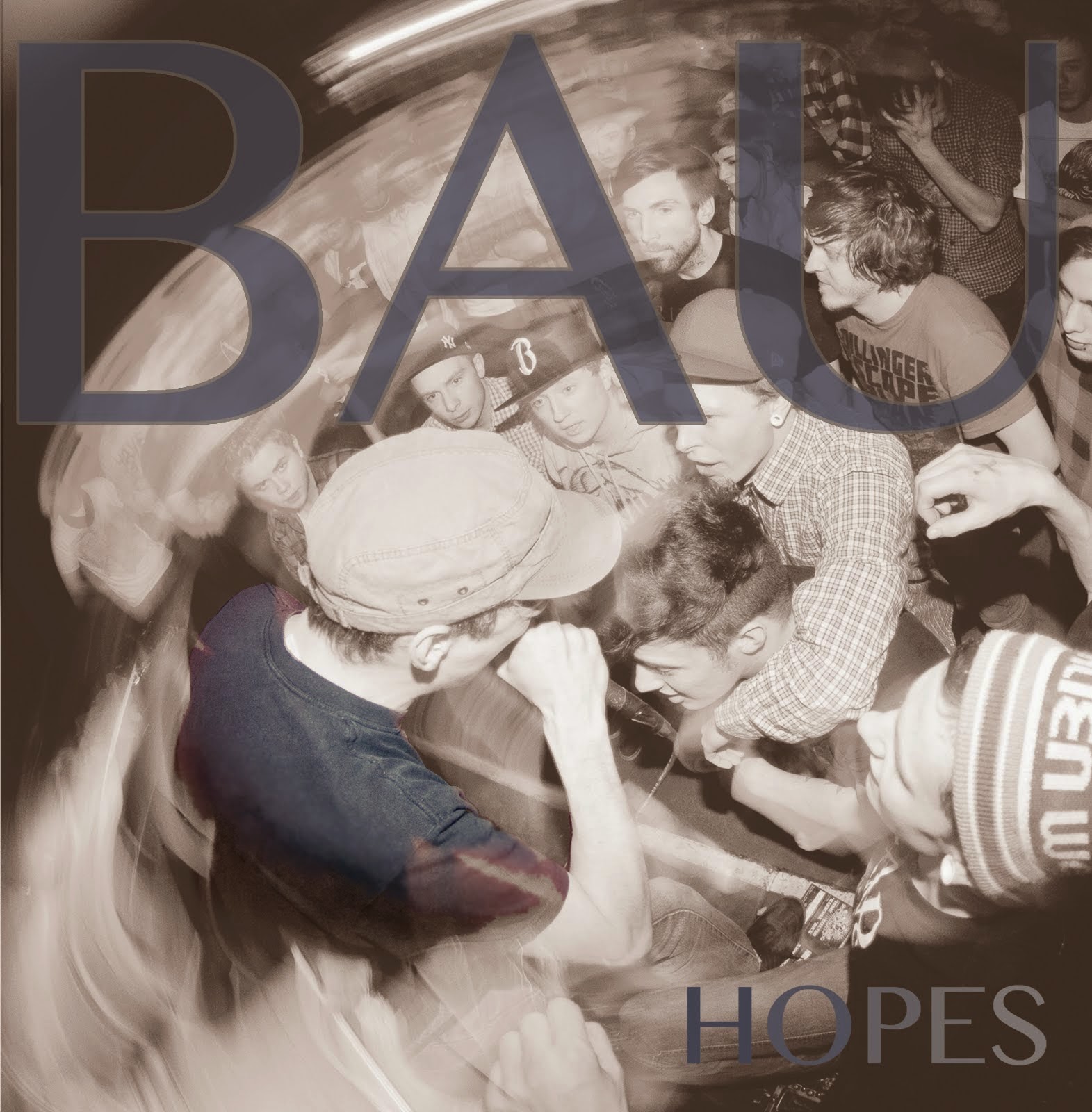